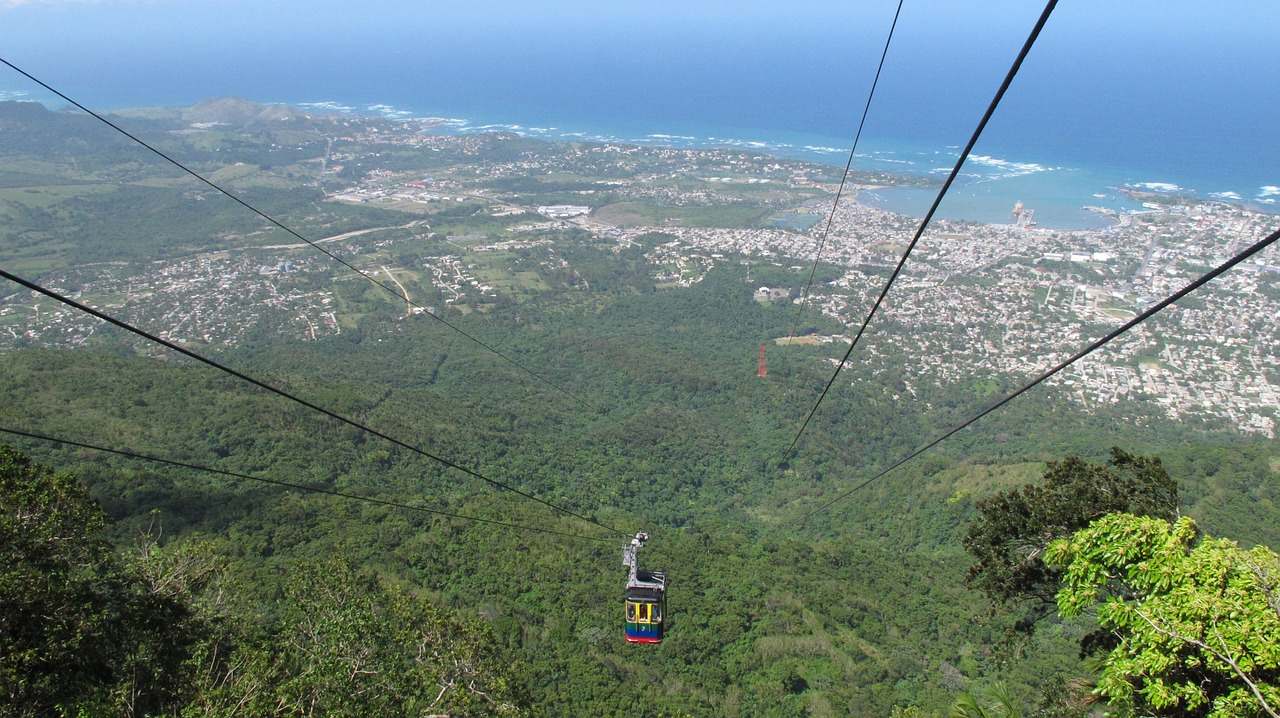 A ride with the Puerto Plata cable car

Location and opening hours of the cable car

The valley station of the Puerto Plata cable car is located in the southwest of the city centre. It is situated in the Las Flores district, in a side street of Avenida Manolo Tavárez Justo. The road towards Santiago de los Caballeros runs very close by. It is recommended to take a taxi or a Motoconcho. Small motorcycles or mopeds drive through the city, which bring all goods and also tourists to their desired destinations. The valley station is within walking distance of the city centre. The top station is located on the 800m high Monte Isabel de Torres.

The cable car can be used daily. The first ascent takes place at 8:30 am. The service ends at 17:00 o’clock, whereby the guests should have started the descent at 16:45 o’clock at the latest. The journey time itself is about 10 minutes. We recommend a visit relatively early, as clouds can spoil the view from midday onwards.

Costs for the use of the cable car Puerto Plata

The prices for the trip depend on the age of the guests. Adult tourists currently pay 10 US$ for the ascent and descent. Children between 5 – 10 years only have to pay 5 US$. Up to the fifth birthday the ride with the cable car is free of charge.

For payments in local currency, the current daily exchange rate US$-RD$ of the Central Bank of the Dominican Republic applies.

History of the cable car

In 1970, the statue of Christ was erected on Monte Isabel de Torres. The aim was to promote tourism in this region.

In 1971, a road was built from El Cupey to the summit. On this road all machines and installations needed for the long planned cable car should simply reach their destination, in case there is a need for a building.

The construction of a cable car was decided in 1972.

In 1972 the government of the Dominican Republic decided to build a ropeway. After a contract was concluded with an Italian company for the delivery of the parts for the cable car, construction work could begin. A lift was built with two cabins, each guided by three ropes. Furthermore, a mountain station, a valley station and a support were erected.

The construction work was already completed at the end of 1974. A trial run over 6 months followed before the attraction could be opened to the public.

Things worth knowing about the cable car Puerto Plata

Although the islands of the Caribbean are very mountainous, the Teleférico of Puerto Plata is the only cable car in the whole Caribbean. The ride is relatively steep, but nevertheless very recommendable. During the ride, there are already some wonderful views to the city and the amber coast.

In addition, the mountain is a national park with a large variety of animal species and plants. You can enjoy these already during the journey with the cable car, since one already hovers above the tops of a closed tropical rain forest.

Once at the top of the mountain, there are many sights to explore.

The botanical garden is located at the top. There are numerous trees and orchids, but also ferns and bromeliads. Among the plants there are also partly endangered species, which only exist here. These include the mahogany tree and the trumpet tree. More than 30 different bird species live in the national park. Some of them, like the Palm Chat, only occur on this island.

But the biggest highlight is the Christ statue that can be seen from far away. It is a perfect image of the statue from Rio de Janeiro and has fulfilled its purpose to promote tourism in the region for a long time.

Otherwise, there are many hiking trails on the summit on which one can really enjoy the nature. At some prominent places on the summit there are pavilions. These point to particularly beautiful view points. Generally, the view to Puerto Plata and the coast from up here is breathtaking as long as there are no clouds blocking the view.

You will also be able to see some hidden caves with underground springs and streams. 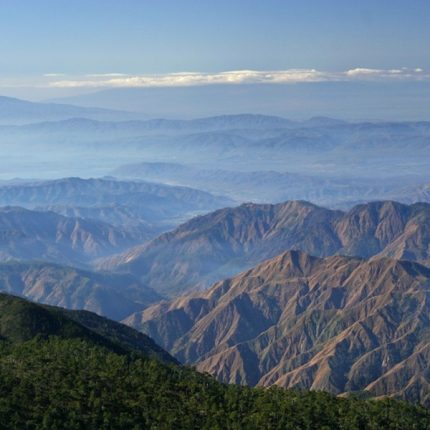 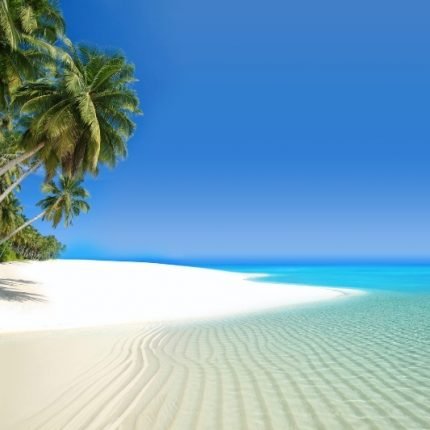 On this trip you have the opportunity to get to know the most beautiful destinations of the southeast and the peninsula Samaná. 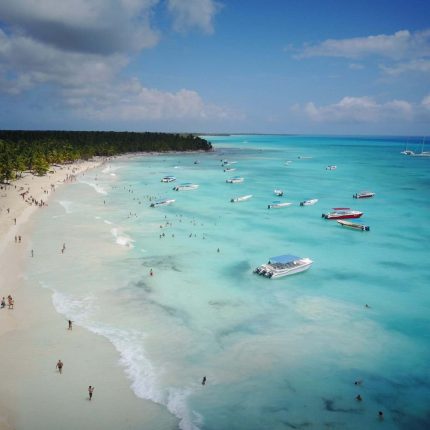 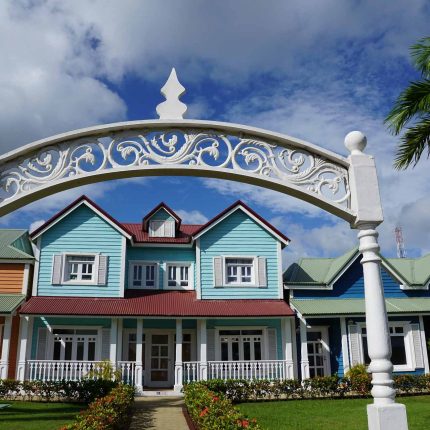